From Jah-Pan, Rove Magazine says bye-bye to The Beat 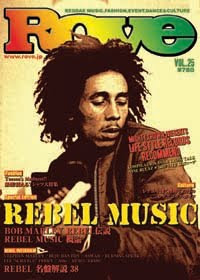 From the reggae capital of Tokyo, JAHPAN, the ROVE MAGAZINE has contributed an article on the International Reggae News column in Jan-Feb 2010 issue, sending out a great farewell to the BEAT MAGAZINE in the commemoration for its much celebrated twenty-eight years long dedications in the music publication arena, which has been the true enlightenment to many of us.

As for myself, I had been encouraged by the BEAT to follow in a walk of path of music journalism. And therefore, I would like to leave this little note for Ms. CC Smith and Mr. Roger Steffens... Give much thanks for opening the gateways to the heart beat world of Reggae, Afrikan, Caribbean and World Music... Wi cyaan miss yuh nuff', BEAT!

JAH BLESS to all. 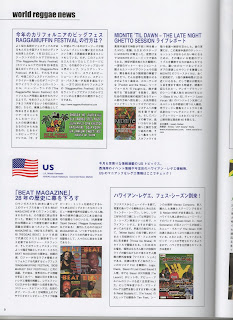 Posted by The Minister of Information at 10:18 AM