Link to interview with director of classic reggae film Rockers, submitted by Steve Heilig, "All Over the Map" columnist

Steve notes: In my final column for The Beat, I noted the arrival on DVD of Rockers, the classic 1970s film by Theodoros Bafaloukos.  I’ve never seen an interview or anything else by/about him until this new interview in VICE magazine.  It’s worth reading, and has great photos from that time in Jamaica as well.


Love and Rockers, interview from Viceland.com by Tassos Brekoulakis 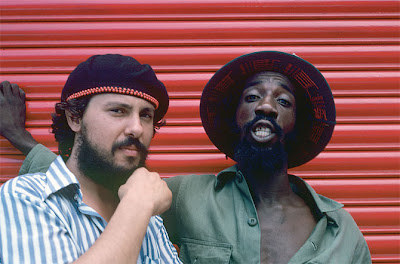 Director Bafaloukos with drummer and star of the film Horsemouth Wallace, in Kingston JA 1977

Posted by The Minister of Information at 4:49 PM